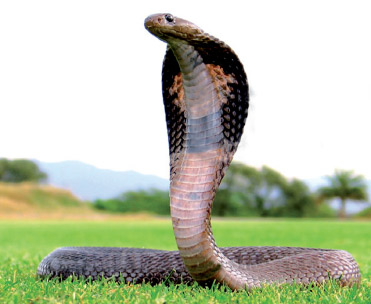 I have worked in lots of organisations where ‘management’ has tried to measure and monitor development teams with the aim of seeing how the teams are performing and then using that information to drive through improvements in performance.

This desire to measure and control things can often have some unintended consequences.

In the best-case scenario, teams will change their behaviours so that their performance improves for a short while as they know that they are being monitored or studied. This is known as the Hawthorne effect.

However, in the worst case and most likely scenario the Cobra effect, which is an example of a perverse incentive, may come into play. The Cobra effect is a term coined from the following anecdote:

So the “cobra effect” refers to a scheme in colonial India where the British governor, or whoever, the person in charge in Delhi, wanted to rid Delhi of cobras. Apparently in his opinion there were too many cobras in Delhi. So he had the bounty placed on cobras. And he expected this would solve the problem. But the population in Delhi, at least some of it, responded by farming cobras. And all of a sudden the administration was getting too many cobra skins. – http://freakonomics.com/2012/10/11/the-cobra-effect-a-new-freakonomics-radio-podcast/

The incentive given by the governor, meant that the locals worked out a way to exploit this to their advantage. In other words they gamed the system.

For a simple example, take a Dev team whose velocity is being used by ‘management’ to monitor and control their performance: ‘Management’ perceiving a higher velocity equating to greater and better performance. Whilst in some instances this might be true, in others it could lead the Dev team to behave in the same way as the locals of colonial Delhi. Being provided with an incentive to look better in front of management by having a higher velocity, the Dev team during planning may inflate their estimates thus making it look like they are delivering more work than they actually are.

Teams often use information on velocity, lead time, and so forth as a part of their inspect and adapt processes; measuring performance is good if it used for the right reasons. However, if used for the wrong reasons, then it could have a detrimental effect by making people alter their behaviors in a negative way, as shown by the Cobra effect.

Hopefully, this scenario never happens as your ‘management’ is satisfied with your performance, as you are delivering software frequently and they are using ‘working software as the only measure of success’.