The wisdom of crowds 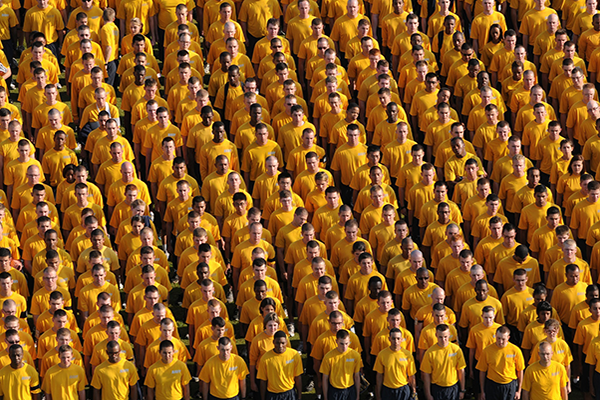 Turns out, averaging does not mean dumbing down. If you want a smart decision, you’re actually better off asking a group than trying to find the expert.

I’ve been reading a lot about estimation and forecasting over the last few years, and one of the most referred to books is The Wisdom of Crowds by the American journalist, James Surowiecki. Although it was published in 2005, it is as relevant now.

It’s one of those books that you struggle to put down. Although it is rammed with theory, it is so readable because it is also packed with real-life examples. Amongst the topics investigated are elections and stock markets, the car industry and Google searches, American football and finding a cure for SARS, the secret service and creation of Linux, traffic flow and mob violence.

The premise of Surowiecki’s book is that, under the correct circumstances, groups are better at making a good decision than most experts – even when the members of the group aren’t that well-informed or intelligent. A perfect example is that, whilst phone-a-friend experts choose the correct answer for their friends 65% of the time, the audience gets it right 91% of the time! What is often ignored is the “under correct circumstances” part. There are four conditions that characterise wise crowds: diversity, independence, decentralisation and aggregation.

Successful groups are not alike. Each person in a group should have some information that only they know so they are bringing something to the table and adding new perspectives. “Groups that are too much alike find it harder to keep learning because each member is bringing less and less new information to the table. … they spend too much time exploiting and not enough time exploring”, Surowiecki explains. Too much time agreeing how smart they are and supporting each other’s ideas rather than developing alternative solutions. Of course, the problem is that we tend to work with, and surround ourselves with, people who are like us. Surowiecki says that sometimes brining people into the group who are “less experienced and less capable, actually makes the group smarter”.

When it comes to wisdom, groups apparently come to better solutions when they are able to submit individual guesses and have an element of separation … as long as these individual guesses are then aggregated and averaged (more about that later). Surowiecki tells us that “… the more influence a group’s members exert on each other, and the more personal contact they have with each other, the less likely it is that the group’s decision will be wise ones.”

Any crowd needs to find the right balance between global knowledge and allowing local/specific knowledge (a bit like Google searches that use general knowledge to return a result, but also make it relevant based on the user’s location). This allows people to specialise and draw on local knowledge, thus increasing the scope and diversity of opinions and information. It also encourages people to find new, valuable information they can share and they are often the best position to come up with workable and efficient solutions. He stresses that companies should be finding ways to incentivise employees to work this way. As we know from Dan Pink’s writings, employees also want to work in this way so its a win/win situation. However, Surowiecki accepts that making decentralisation work is very hard. He dismissed the analogy of ant colonies; “Forming ant colonies is inherent in their biology. The same is not, however, true for human beings. It’s hard to make real decentralisation work, and hard to keep it going, and easy for decentralisation to become disorganisation.”

Diversity of opinion, independence and decentralisation are all vital, but without some way of pulling all the information together, the masses are ineffective. There’s a beautiful example of a lost submarine which is located by a group of experts guessing its resting place: no individual expert was close to guessing its location, but their averaged guesses found the vessel. Surowiecki sums it up by saying, “If a group of autonomous individuals tries to solve a problem without any means of putting their judgments together, then the best solution they can hope for is the solution that the smartest person in the group produces, and there’s no guarantee they’ll get that. If that same group, though, has a means of aggregating all those different opinions, the group’s collective solution may well be smarter than the smartest person’s solution.”

So armed with this information, what should we do? How does this affect our teams in estimation and forecasting? How can we use it to help our teams come up with better solutions? It supports the basis of Planning Poker: allowing people to provide an personal, local-knowledge estimate without external interference. However, independence is lost after the first round of voting. Should we just provide ranges based on the lowest and highest guesses from the first round, rather than going for consensus? It also supports getting fresh blood – from different backgrounds and experiences – into a team to keep the ideas flowing and including ideas from people with less knowledge or understanding. It certainly supports the concept of allowing people to ask ‘stupid’ questions. I’ve tried some interesting approaches after reading this book, but I’ll have to tell you about them another time.

There’s loads more detail on topics like extremism, decision-making, talkativeness, bubbles and crashes, how violence forms in groups. But you’ll have to read the book for more information on those. You’ll be gripped.

“The Wisdom of Crowds: Why the Many Are Smarter Than the Few” by James Surowiecki is available from Amazon for £7.68 and from other good book shops. Image courtesy of skeeze on pixabay.com