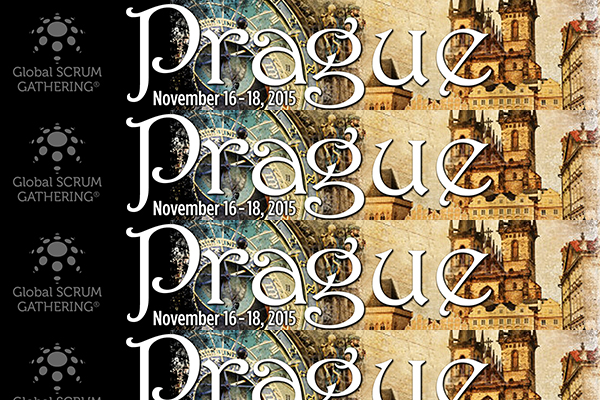 Would a Scrum Alliance conference be boring? Would I learn anything? Would it be attended by the same old people peddling the same old, by-the-book, approaches? On the other hand, how bad could 3 days in Prague be?

My mind was made up: I’d go to Prague for the 2015 Scrum Alliance Scrum Gathering.

From the outset the signs were good. We usually only think about the organisation of conferences when they go wrong. This was noticeably well organised: from the app (detailing sessions, speakers, and maps of both the vast hotel and Prague town), to the accommodation, directions around the conference, the food and the friendly team. I don’t think I’ve been to a conference that ran as smoothly (or at least looked like that from the outside). Registration was only made difficult because of the previous night’s over indulgence with Svatomartinské wine (the Czech equivalent of Beaujolais Nouveau) at Lokal.

The opening keynote by Niels Pflaeging, entitled “Organize for complexity”, was just what we needed to kick us off. His jovial style was the conference equivalent of a bloody Mary: comforting but also containing a kick and a dash of spice. Some thought his style was a bit rude, but I thought it was delivered with great humour; I don’t mind the F-word in talks and have to wonder what response someone should expect if they interrupt a keynote speaker to ask if he really believes what he’s saying?! His talk was part historical survey of the structure of organisations (from craft manufacturing through industrialism and Taylorism to global markets) and a look at an organisation model he feels is relevant for our complex, knowledge-based world. He obviously made an impression because I heard quite a few other sessions refer to points he made: in short, that we don’t need more personal development; we need to change our business processes because none of us will do our best under a Theory X management style.