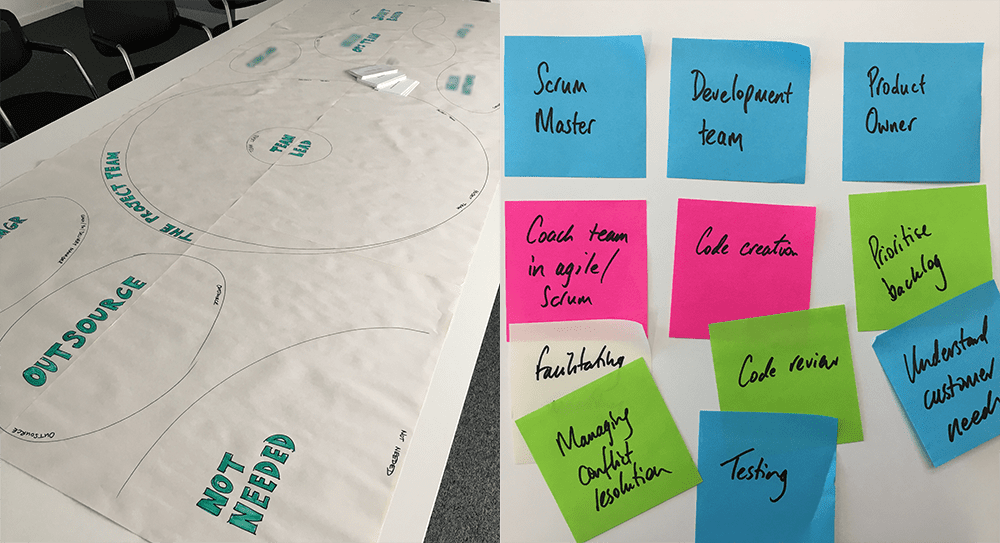 We all know that “Individuals and interactions” are important. I believe that getting explicit agreement on how the team will work together is fundamental to a happy and performing team.

One exercise I have run in various orgs, from fashion retailers to hospitals, is a simple mapping of roles but is highly effective.

Before the meeting takes place: It is sometimes a good idea to have less defined, amorphous groups that tickets can be assigned to. This is usually applicable when duties relate to people outside the team (such as “operations”, “finance”, “clients”), but can also work with large groups within the team (such as “the development team”). This group may choose to have a follow-up meeting to discuss their duties and assign them to specific roles or people.

You may find that the team needs to speak to people outside the team for some of the duties: as a facilitator, make sure that you get a commitment from somebody to take the responsibility for such an action and, ideally, get a timescale for them doing so. Until they complete that action, the workshop doesn’t have a satisfactory conclusion. Make sure the team agrees with any output from the discussions too.