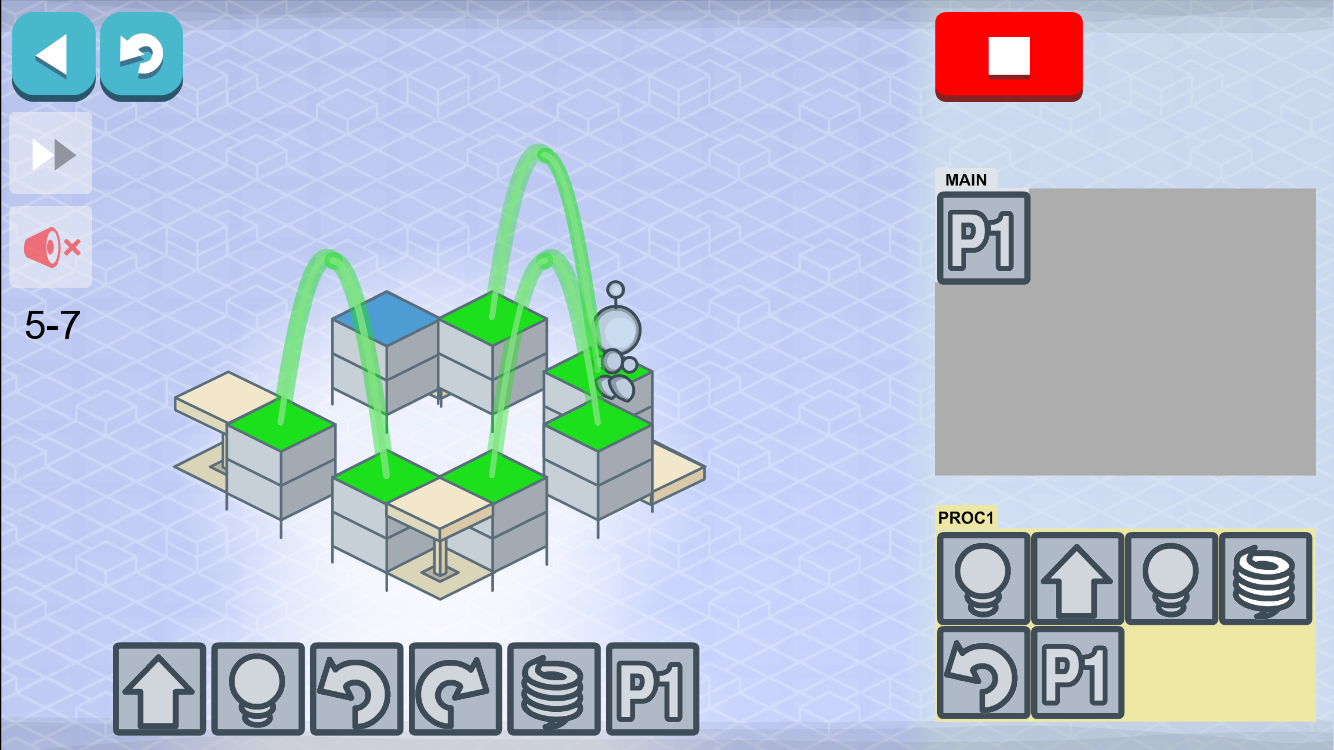 This wasn’t because I’d started reading Lean Startup as a bedtime story; it was the result of a few minutes playing on Lightbot Junior.

The app has a recommended user age of 4+ and gradually takes you from joining simple commands together to triggers, procedures and loops. My daughter is just starting to use Scratch and these ideas are new to her. But this isn’t learning; it’s just fun. Each stage of Lightbot Junior gets progressively harder which makes it more important that you test as you go along. To begin with, my daughter would try to write all of the commands needed to complete the stage before seeing if it worked. Invariably, this resulted in a failure and she got annoyed: “This stupid app!”. After sitting with her and encouraging her to click the ‘run’ button as many times as she could, these outbursts subsided (although anyone with a 7 year old knows you can never eliminate them). But another thing also happened when the robot did something unexpected: she laughed at the silly manoeuvre it was making. The failure had become funny because she knew that she only had to remove one or two of the last commands rather than everything.

Lightbot couldn’t have come at a better time for us as the first week of January 2016 sees us start our new Code Club at the local school. I’m sure that she will still get frustrated when the projects don’t go according to plan, but our time with ‘the bot’ will be a good reference point to draw on: test often and don’t worry when it doesn’t work.