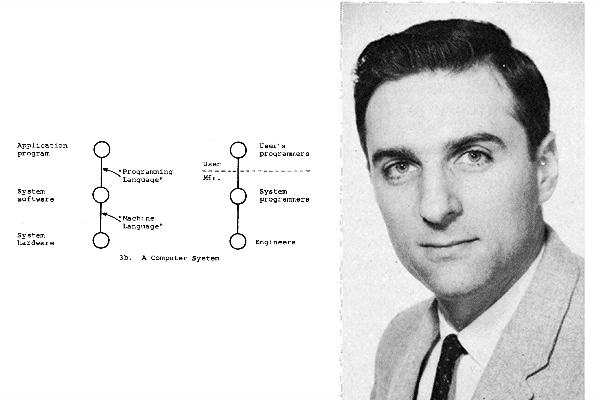 So, for the last few weeks, we’ve been posting brief explanations of the most common ones. The final post in the series discusses …

In April 1968, Melvin E. Conway wrote an article entitled “How do committees invent?” in Datamation magazine.

Conway proposes that organisations (and teams) will build systems that are carbon copies of their communication structure.

He uses the broadest definition of systems — from computers to public transport — and highlights that his proposition applies to all of them and at all levels.

“Ways must be found to reward design managers for keeping their organizations lean and flexible”.

He backs this up with ideas that we’ve been discussing in the last few posts.

Firstly, a large team won’t necessarily get a job done quicker but a smaller team will give us a better system. Conway asserts that, while more people on the job might “be adequate for peeling potatoes”, it doesn’t work for building systems. Is it just me, or does that sound like a precursor to Brooks’ law (which came 7 years later)?

Secondly, Conway directly references Parkinson’s Law. That law said that managers want bigger teams, yet Conway’s Law suggests we are better off having small ones. “Probably the greatest single common factor behind many poorly designed systems now in existence has been the availability of a design organization in need of work.”

We may have small, cross-functional teams, but are they only involving the minimum amount of people needed?