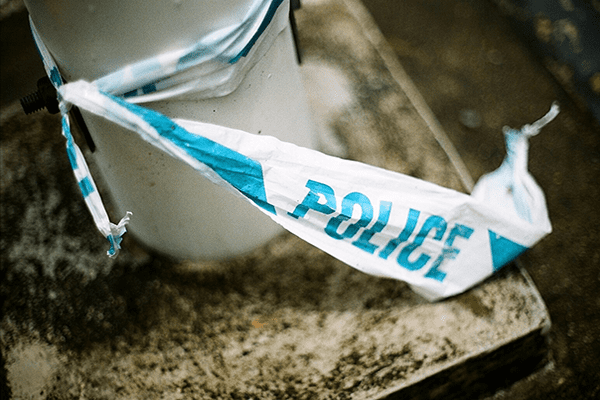 There’s a man in the house in front of you. He’s tied his wife to a chair, poured petrol over her and is threatening to set her on fire.

“I’ve been at work all day. When I get home, I find her [his wife] on the phone, and she refuses to tell me who she’s talking to. She’s a cheater. She on the phone to her lover, I know it. What have I done to deserve this, hey? You go to work, do what’s right to provide for your family and she does this. She’s got no respect for our family. We deserve to be treated with respect. It’s not fair. She’s done this to us.”

What are you going to do?

The first stage of negotiating

This is the kind of situation that Richard Mullender found himself in when he was a hostage negotiator with Scotland Yard. He now works with a variety of private clients who want help in negotiating business deals.

I wondered how his approach could help my coaching clients achieve their goals, so I recently spent a day with Richard.

Firstly, he says it’s essential that you know what outcome you want when going into a situation.

How to listen properly

Having established the desired outcome, your next task is to identify ways of taking the interaction in a direction that will achieve the desired outcome. Your approach will differ depending on the type of person you are talking to, but there are common skills that can be used.

Mullender believes that looking too much into body language isn’t the best use of time, but does state we should have attentive body language. Sitting forward attentively, at a 90-degree angle, with good eye contact and open palms is good for both parties: it tells your body to be alert and sends positive signals to others.

2) Cut down on your questions

You don’t want to influence what people are telling you; you want them to reveal the information that is important (which they will do if you give them enough time!). So reduce your questions and encourage them to talk without leading them, such as positive grunts or statement such as “and then …”

3) Know what to listen for

Mullender reckons that most (about 85%) of what people say isn’t that useful to you: “that’s just information”. The other 15% is intelligence and will help you reach that desired outcome.

There are specific keywords which reveal intelligence. For example, using absolutes (e.g. “Everyone knows that …”), ambiguity (“Our normal fee is …”), descriptive words (e.g. “urgent”, “important”), drivers (e.g. “We need …”), or imperatives (e.g. “Should”, “Must”, “Got to”), all tell us something. That there is a strong belief, that there is room for manoeuvre, that they are desperate, etc.

You can use such words to delve further to establish facts, emotions, motivators, values, beliefs, etc.

Pause every now and then in order to recap. But don’t tell people what they said; explain what you have heard. For example, recap using phrases such as “So what I think you’re telling me is …” allows them opportunity to correct your misunderstanding.

You are then able to guess at underlying problems or issues without upsetting them by stating what your impression is of the situation. Again, using certain phrases (such as “I get the impression that …”) allows them to correct you if you’re wrong.

So how do we deal with our hostage situation?

Mullender skilfully showed us how listening to the husband told us only a few facts:

But the husband (let’s call him Bob) used certain words that highlight beliefs and values about fairness and how important his family was to him. “Let me speak to Bob the family man. The Bob who loves his family and goes to work to look after his kids. I want to speak to that Bob.” Without judging Bob’s actions, Mullender makes the husband realise that his actions don’t match his beliefs, and therefore that his actions are wrong.

How are these skills useful to me?

Those last few words highlight the significant difference in our work: Mullender is just trying to achieve a specific outcome in the current moment (e.g. the hostage situation, the person threatening to jump of the bridge); I am working with clients to reach an outcome that usually stretches over a number of weeks, months or even years (e.g. achieving satisfaction in their job, increasing productivity, etc).

Despite this difference, some of Mullender’s skills will certainly be useful to help my clients in their journey.